The work began on projects for the use of hydrogen in the energy and automotive industries. The company has signed a contract for the design and construction of a hydrogen refuelling research station. The new comprehensive PGNiG project titled "Hydrogen - Clean Fuel for the Future" consists of projects - from the production of "green hydrogen" to its use in industrial energy.

As Jerzy Kwieciński, President of the PGNiG Management Board, emphasized, the company launches a program to  gradually diversify company's operations. He also added that, with the implementation of planned hydrogen projects,  PGNiG will engage in alternative fuels market development, that in consequence will contribute to the fulfilment of Poland's EU climate policy objectives.
As announced, PGNiG plans to invest 31 million PLN on research in the next four years.

Arkadiusz Sekściński, PGNiG Vice President for Development, said that the first stage of station operation will be a R&D project. In addition, the company joined the study project, which enables hydrogen storage and transport through the use of natural gas networks. An installation will appear in one of the company's branches in Odolanów and is planned to start producing "green hydrogen" in 2022 as the part of InGrid - Power to Gas project. PGNiG wants to use electricity generated by solar panels for the project. 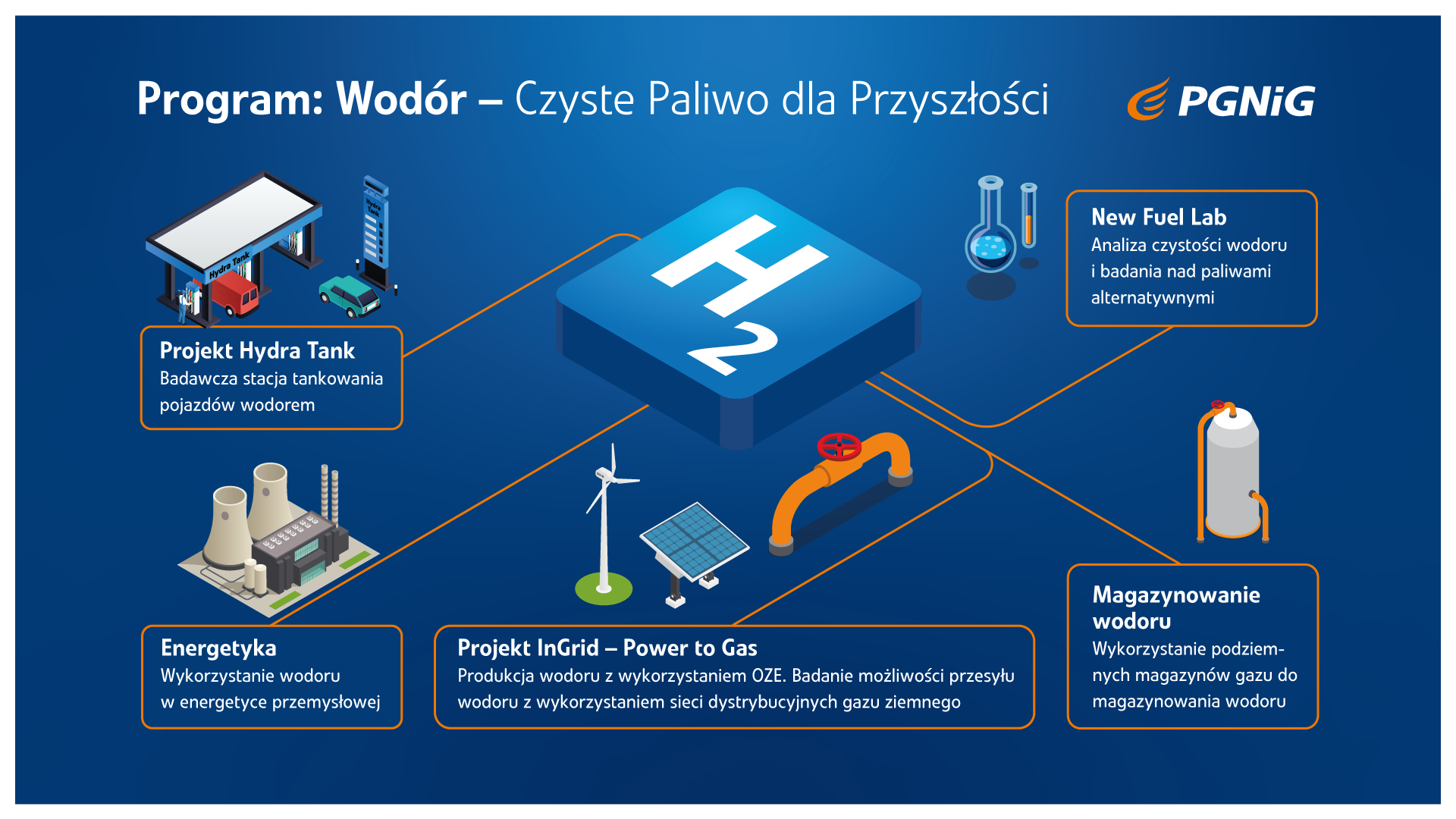