What to pay attention to in order not to miss the hydrogen opportunity?! PCHET 2021 summary.

On October 4 and 5, another, 4th edition of the international PCHET hydrogen conference was held in the Gdańsk Science and Technology Park, devoted to the implementation of hydrogen technologies in Poland and Europe, organized as every year by the Hydrogen Technologies Cluster.

Speakers from Poland and Europe discussed the possibilities and opportunities of hydrogen technologies and aspects related to the hydrogen ecosystem. They also discussed new products and trends in technology and how local governments are preparing for the transformation towards zero-emission transport in cities with the use of hydrogen. Experts raised the issue of financing sources also in the context of vocational education as the basis for the development of a modern economy.

The aim of the conference is not only to popularize the use of hydrogen technologies in Poland, but also to conduct expert discussions on the vision and strategies for implementing the technology, at the national and regional level, but also for everyday use.

“We need to think about hydrogen in the context of the ecosystem. Energy transformation with the use of hydrogen will become possible if we build the ecosystem in small steps, i.e. balance and balance the demand and supply - said Sławomir Halbryt, President of the Regional Council of the Pomeranian Economic Chamber” - said Sławomir Halbryt, President of the Council RPCC.

The first day of the conference began with the presentation of the CO2 capture (and then methanation) project implemented at TAURON Wytwarzanie. The largest project under discussion was the NeptHyne project, which aims to large-scale production of zero-emission green hydrogen at sea using energy from wind farms. This extremely interesting project has great potential to support the transformation of the Polish energy sector, thanks to the anticipated possibility of producing and using hydrogen already at the place of its production, i.e. at sea to bunker service ships

The prospects for fuels of the future on the roads and in the aviation industry,  were discussed by representatives of Toyota Motor Poland, Pratt Whitney Rzeszów, Warsaw University of Technology and Rockfin in the last panel on the first day of the conference.

“Transport is one of the aspects of city life, very important, but hydrogen can also power homes and even entire neighborhoods, which is already happening in Tokyo. It is often said that hydrogen is the fuel of the future, and in fact it is the fuel of the present” - said Andrzej Szałek from Toyota Motor Poland.

During the opening day of the second day, both the Marshal of the Pomeranian Voivodeship emphasized the importance of joint action for the development of the hydrogen economy in the region, including through works related to the "Pomeranian Hydrogen Valley".

“We are of the opinion that public authorities should inspire and support the development of new technologies, services and products, the use of which will contribute to the improvement of the economic situation, and thus the increase in the standard of living of the society. We take up such a challenge in the region, using a partnership approach of the voivodeship self-government to building cooperation. Thanks to the strong integration of environments from industries involved in the development of hydrogen, many new and innovative ventures will be created, as well as many projects and products that will be able to serve the development of not only our region, but also Poland and Europe” - summed up Mieczysław Struk, Marshal of the Pomeranian Voivodeship.

Experts from the Institute of Power Engineering (Dr. Jakub Kupecki), the Institute of Fluid-Flow Machinery of the Polish Academy of Sciences, Inwebit company (Dr. Katarzyna Siuzdak and Dr. Grzegorz Paściak) presented the results of their research and technologies ready for implementation in the industry. Thus, they confirmed the high level of Polish science in the context of hydrogen technologies, which should be used right now.

The representative of the Polish administration was Ewa Mazur, Head of the Department of Hydrogen Management and Innovation. She was a speaker at the session "Hydrogen strategies of Polish enterprises", together with representatives of the management boards of companies: Polenergia, Sescom and Grupa Lotos. It is these companies that are becoming leaders in energy and hydrogen innovations in the country and have plans for foreign expansion.

"We want to be the largest private energy group in Central and Eastern Europe, which provides its customers with" energy of the future "based entirely on clean and green renewable energy, in order to achieve climate neutrality - said Iwona Sierżęga, Member of the Management Board of Polenergia S.A.

We had the opportunity to hear about what is happening in Europe with the hydrogen economy and how to use good experiences so that Poland could go in the right direction during the international session, which was attended by: Outi Ervasti, Vice President for Renewable Hydrogen Sources and PtX at Neste Innovation, Matthias Kötter, Head of Sales at Wystrach GmbH and Guillermo Figueruelo, Business Development Manager of the Aragón Hydrogen Foundation. The session was moderated by Grzegorz Pawelec, Research, Innovation and Funding Manager at Hydrogen Europe.

Tomasz Pelc, President of the Management Board of Nexus Consultants, moderator of the local government debate, asked his guests about the fastest and easiest way to achieve the goals regarding the use of hydrogen in public transport today, and what opportunities they see for the appearance of hydrogen buses in cities.

“In Pomerania, we feel responsible for the environment, caring for future generations. In the development strategy of the voivodeship Pomeranian Voivodeship until 2030, we put emphasis on decarbonization, focusing on off-shore development, so as to use wind energy for the purposes of water electrolysis. I am convinced that we will become a leader in the country in the field of hydrogen production” - said Leszek Bonna, Deputy Marshal of the Pomeranian Voivodeship during the debate.

The topic of vocational education - an issue important not only from the point of view of infrastructure construction, but also subsequent operation and maintenance, and to fill the staffing gap, was taken up by Anna Szóstakiewicz from the Institute of Fluid-Flow Machinery of the Polish Academy of Sciences:

I am pleased to participate in the work as a coordinator of the working group at the Ministry of Climate and Environment, whose task is to identify future human resources needs for the hydrogen market. The only thing we are missing is better integration and cooperation when it comes to developing hydrogen technologies. The sectoral agreement has the potential to make a significant contribution to solving this problem.

Anna Szóstakiewicz emphasized that a new generation of engineers and employees will be necessary to shift the Polish economy to the hydrogen track by 2030. The prospect of training such personnel is about 7-8 years, while building awareness and education should start now,

How do financial institutions approach financing hydrogen projects? The PCHET hydrogen conference was closed by a debate with the participation of representatives of Bank Ochrony Środowiska, the European Investment Bank and the National Fund for Environmental Protection. Experts discussed the financing of projects that contribute to the achievement of the goals of climate and environmental policy.

Wojciech Hann, President of the Management Board of Bank Ochrony Środowiska S.A., pointed out that BOŚ is looking for solutions that will support the energy transformation and bring Poland closer to achieving climate neutrality goals, hence green hydrogen is certainly in the circle of our interest.

We would like to thank everyone for taking part in the 4th edition of the PCHET conference. Together, we made analyzes and indicated key directions towards which we should go. Hydrogen is not only the future, but the present. See you next year at the next edition of PCHET 2022. 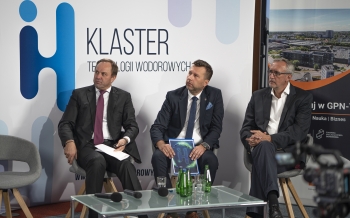 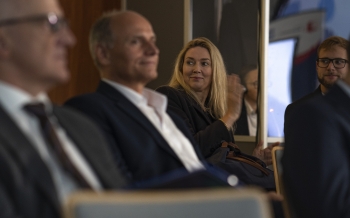 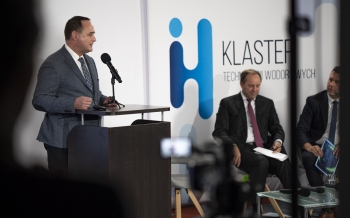 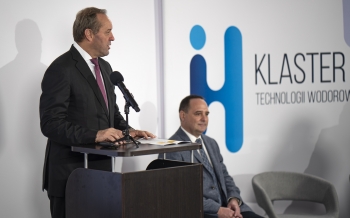 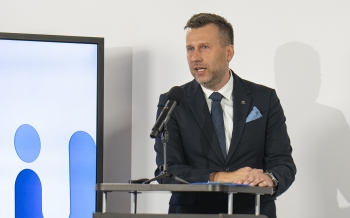 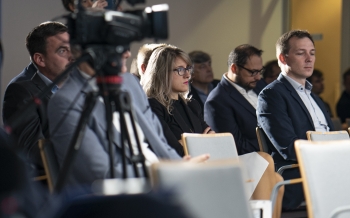 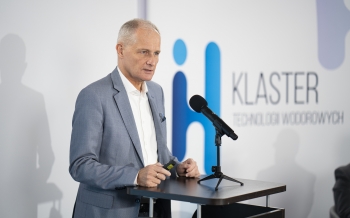 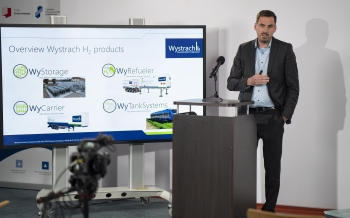 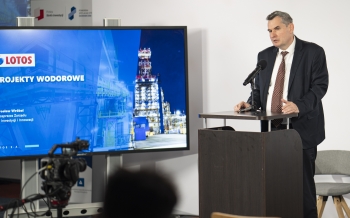 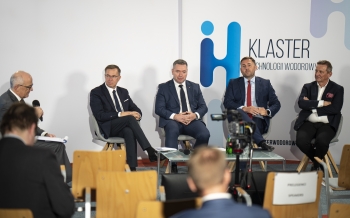 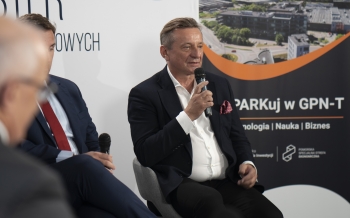 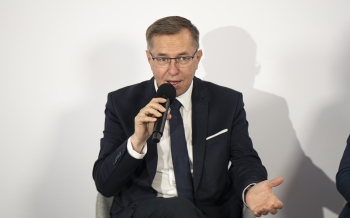 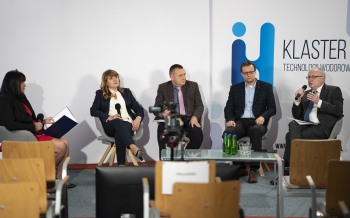 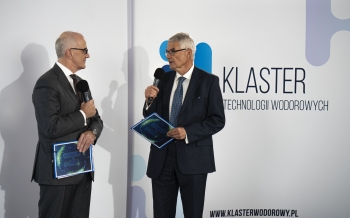 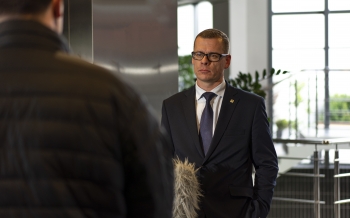 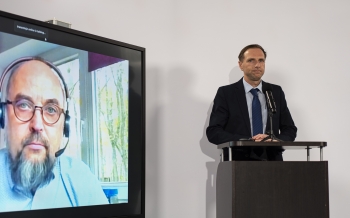 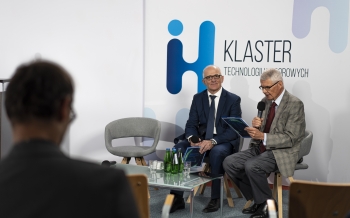 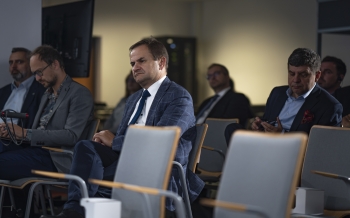 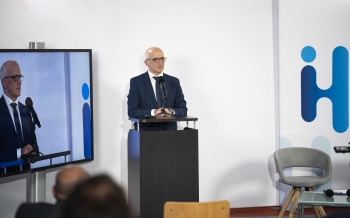 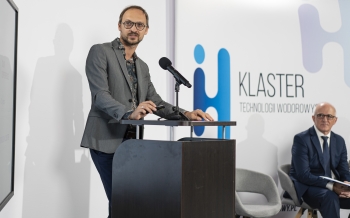 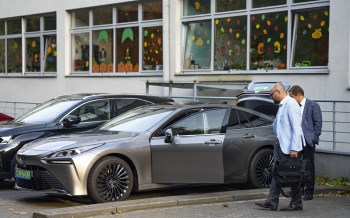 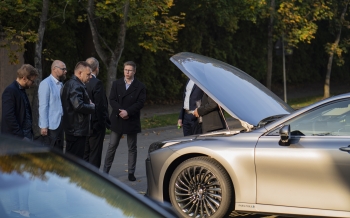 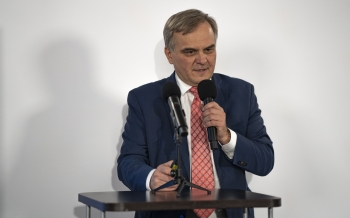 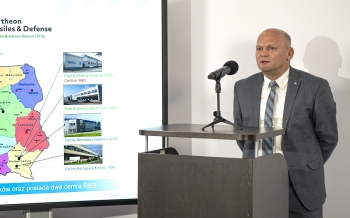